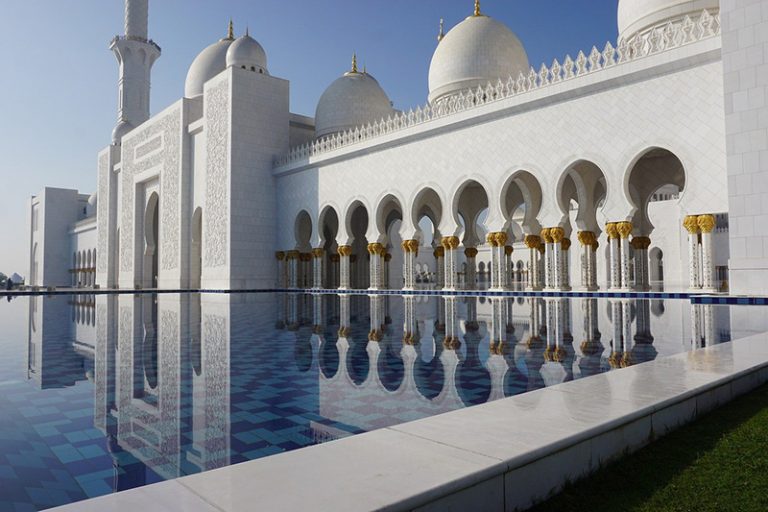 The Long & Interesting History of Marble

Marble stone is limestone rock that has been subjected to immense pressure over a very long time. It is classed as a metamorphic stone because it changed over aeons from sediment to solid rock.

It is considered one of the most beautiful stones for use in building.

Marble can be obtained in a variety of colors. These colors depend on the minerals that are to be found in the stone. White marble is the result of calcite being the predominant mineral. Where hematite is present, then the marble will be red. Green or yellow marble arises where limonite is present.

The beauty of marble, the colors available and the fact that it can be polished has made marble a popular building material from the time of the Ancient Egyptians. Marble was used by them for the most precious and sacred objects. It was also used to adorn prestigious buildings.

The Ancient Greeks, however, used marble as a building material, constructing temples and public buildings from it. The gods deserved the best and so their temples were most often built from marble. The Romans followed suit, with the living gods that were the Emperors using vast quantities of marble for their palaces.

The Romans also used marble for floors in domestic buildings and paving in public areas. Both the Greeks and the Romans used marble extensively for sculpture. An outstanding example of marble sculpture is the Venus de Milo which can be seen in the Louvre in Paris.

The Roman Empire covered much of western Europe and gave them access to marble quarries in different provinces. Hence they could use different colored marble stones. Marble also can be easily painted, so the Romans could color the stone where natural colors were unavailable.

Once the Roman Empire disintegrated, the use of luxury materials declined in Europe. Marble, however, continued to appeal as a material for special uses.

By the Middle Ages marble was being used for the splendid cathedrals of Europe. The royal families of Europe used marble in their palaces, as did aristocrats and wealthy merchants. Marble never fell out of fashion despite its cost.

Marble was expensive because it was scarce and difficult to quarry. Before modern quarrying methods took much of the risk out of mining marble, simple tools had to be used. There was always a chance that the rock would shatter as it was mined and worked.

Marble also only was found in certain specific areas in Europe. Some marble was of better quality than others and so was in greater demand.

One of the most stunning buildings in the world is the Taj Mahal in India. Built from white marble it was built in the 17th century as a memorial for the most favored wife of an Indian prince. Never has love been expressed in such a grand and delightful way. Even today the building stands as proof of that love.

The eighteenth and nineteenth century saw huge leaps forward in industrialization and with it a new generation of wealthy business people. Many of them wanted to emulate their aristocratic friends, and so built great houses and acquired country estates.

These newly wealthy families used marble liberally as flooring and decoration in their new houses. They even used marble for furniture and statuary as fashion turned to the Roman Empire for inspiration.

This fashion for marble extended to gravestones and church memorials. Some were simple wall tablets, while others were much grander and beautifully and expertly carved. A most graceful and elegant example is the tomb of Jadwiga or Poland in Wawel Cathedral in the Polish city of Cracow.

In North Wales, Bodelwyddan Church was built from so many different marbles that it has the nickname “The Marble Church”. Like The Taj Mahal, it too is a memorial to love. Built by Lady Margaret Willoughby de Broke it memorialized her husband Henry.

In the United States one of the best known and most visited examples of marble statuary is the statue of President Abraham Lincoln. Here he sits statesmanlike in the Lincoln Memorial in Washington, DC.

The statue of Abraham Lincoln is an example of twentieth century marble sculpture. Marble continues to be used for a wide variety of purposes today in the twenty-first century. For example, in the Philippines marble is used to make furniture, bowls, vases and jugs. Their striking colors make them popular souvenirs for tourists.

In recent times due to it’s timeless beauty and sturdiness, it has been used across the world for beautiful marble countertops in kitchens.

Marble is still used as flooring in grand buildings, continuing the traditions begun by the Roman and Greek builders of antiquity. Before the advent of refrigerators marble was used as shelves in pantries. The cold stone helped preserve food and keep it fresh.

Nowadays marble is the preferred material for countertops in high-end kitchens. It epitomizes style and good taste.

The history of marble is indeed long and honorable.